Why This Election Is Different by David Swanson

Elections, I think most of us can agree, usually bring out the idiocy, superficiality, and illogic in everyone who can muster any. Imagine supporting, as many did, Sanders and then Trump because they were both “outsiders.” On Tuesday, I heard somebody on CNN announce that Sanders and Klobuchar were both “change candidates” (because you’d have to change every bit of the platform of one of them to match that of the other?). Tokenism no longer embarrasses voters or even the candidates who openly campaign on it. When voters are asked on television how they choose a candidate, they talk about temperament, personality, debating skills, and intelligence.

U.S. presidents 43, 44, and 45 have been, respectively, a nitwit, a smart guy, and a dumbfuck. The policies have been variations on the theme of rolling catastrophe regardless. Climate collapse is ever nearer, and nuclear apocalypse is more likely than ever before (according to the Doomsday Clock). By the time we work our way through horrible presidents of every sex, race, sexual orientation, and ethnicity, the idea of humanity surviving on earth will be a sadder joke than Rachel Maddow’s latest Russian revelation. We can elect the very best prom king or queen, the person we’d like to have a beer with, the “outsider,” the “change candidate,” or some other vacuous label, but none of that will steer the world away from the cliff it’s rushing toward.

Turn off your televisions! Avoid debates! Read the candidates’ websites.

Source: Why This Election Is Different by David Swanson 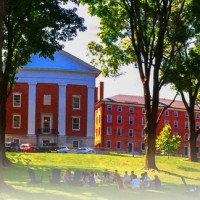 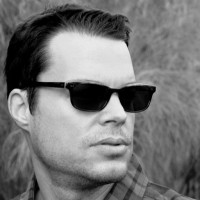 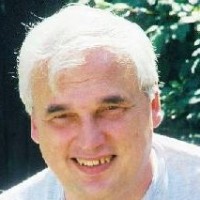 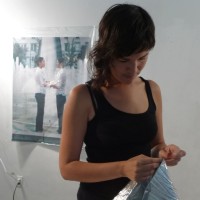 The Official Site Of Author and Artist

This is Your Quest - Your Mission to Find Happiness

The artist ALOZADE a. search for you all images of beauties, and offer you these works and his artistic ideas

Tired of being ordinary, then here are some tips for becoming extraordinary.

Sempre in Movimento! Published Every Monday and Friday at 12 PM EST

Detect and eliminate harmful stress and tension with gentle, relaxing exercises! Good triggers – good reactions: Say „hello“ to your body. In its own language.

Messages of the Marketplace

A Historical and Contemporary Resource

PERHAPS THE INTERNET'S LARGEST COLLECTION OF IMAGES FROM CHICAGO'S PAST, BOTH MY TIME AND BEFORE. OLD PHOTOS, POSTCARDS, MATCHBOOKS, MENUS, AND MISCELLANEA - NOTE: NON-COMMERCIAL USE OF IMAGES IS WELCOME - PLEASE CREDIT THE SITE.

WRITER Of SPECULATIVE FICTION & OTHER STUFF

Buzzing You All The Way To The Stars!

Welcome to my Kool Kosher Kitchen where food is fun and fun is to create food!

Grab a coat, leave a note and run away with me!!

Reflection of My Journey

The chaotic life of a working Mom. Finding Peace and Stillness.