still relevant, we don’t know our own history in the USA

* The Long Now Foundation uses five-digit dates, the extra zero is to solve the deca-millennium bug which will come into effect in about 8,000 years.

Like Loading...
Indian Slavery Once Thrived in New Mexico. Latinos Are Finding Family Ties to It.
Simon Romero, January 28, 2018, The New York Times

ALBUQUERQUE — Lenny Trujillo made a startling discovery when he began researching his descent from one of New Mexico’s pioneering Hispanic families: One of his ancestors was a slave.

“I didn’t know about New Mexico’s slave trade, so I was just stunned,” said Mr. Trujillo, 66, a retired postal worker who lives in Los Angeles. “Then I discovered how slavery was a defining feature of my family’s history.”

Mr. Trujillo is one of many Latinos who are finding ancestral connections to a flourishing slave trade on the blood-soaked frontier now known as the American Southwest. Their captive forebears were Native Americans — slaves frequently known as Genízaros (pronounced heh-NEE-sah-ros) who were sold to Hispanic families when the region was under Spanish control from the 16th to 19th centuries. Many Indian slaves remained in bondage when Mexico and later the United States governed New Mexico.

The revelations have prompted some painful personal reckonings over identity and heritage. But they have also fueled a larger, politically charged debate on what it means to be Hispanic and Native American.

A growing number of Latinos who have made such discoveries are embracing their indigenous backgrounds, challenging a long tradition in New Mexico in which families prize Spanish ancestry. Some are starting to identify as Genízaros. Historians estimate that Genízaros accounted for as much as one-third of New Mexico’s population of 29,000 in the late 18th century.

“We’re discovering things that complicate the hell out of our history, demanding that we reject the myths we’ve been taught,” said Gregorio Gonzáles, 29, an anthropologist and self-described Genízaro who writes about the legacies of Indian enslavement. 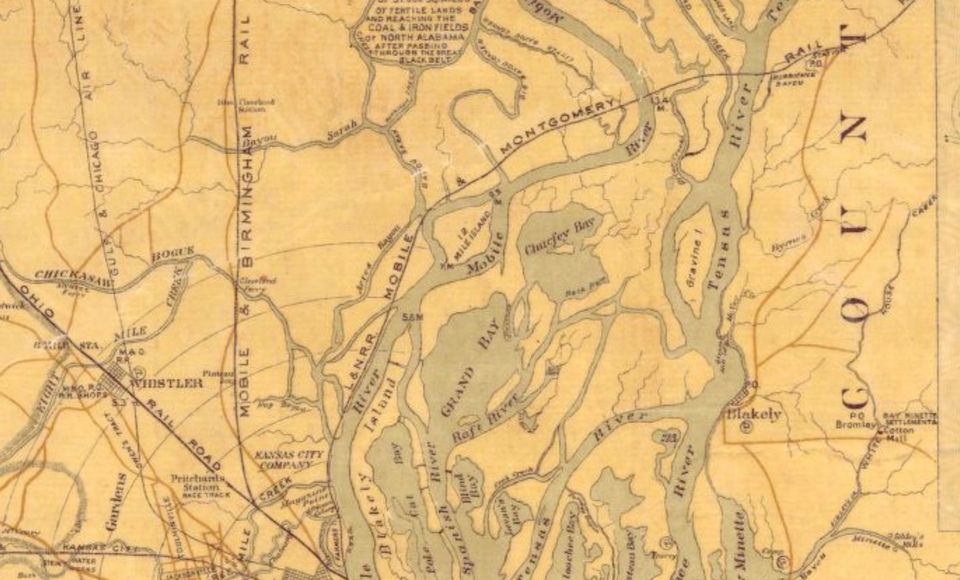 Relying on historical records and accounts from old timers, AL.com may have located the long-lost wreck of the Clotilda, the last slave ship to bring human cargo to the United States.

What’s left of the ship lies partially buried in mud alongside an island in the lower Mobile-Tensaw Delta, a few miles north of the city of Mobile. The hull is tipped to the port side, which appears almost completely buried in mud. The entire length of the starboard side, however, is almost fully exposed. The wreck, which is normally underwater, was exposed during extreme low tides brought on by the same weather system that brought the “Bomb Cyclone” to the Eastern Seaboard. Low tide around Mobile was about two and a half feet below normal thanks to north winds that blew for days.

“I’m quaking with excitement. This would be a story of world historical significance, if this is the Clotilda,” said John Sledge, a senior historian with Mobile Historical Commission, and author of The Mobile River, an exhaustive history of the river. “It’s certainly in the right vicinity… We always knew it should be right around there.”

This reporter, Ben Raines, used the abnormally low tides to search for the ship after researching possible locations. The remote spot where the ship was found, deep in the swampy Mobile-Tensaw Delta, is accessible only by boat. During my first trips after discovering the wreck, I documented it with photographs and aerials shot with a drone. Over the next week, I ferried a shipwright expert in the construction techniques used on old wooden vessels and a team of archaeologists from the University of West Florida to the site.

continue…
How did we lose a president’s daughter? What the disappearance of Thomas Jefferson’s daughter can tell us about racism in America
Catherine Kerrison, January 25, The Washington Post

Many people know that Thomas Jefferson had a long-standing relationship with his slave, Sally Hemings. But fewer know that they had four children, three boys and a girl, who survived to adulthood. Born into slavery, Sally’s daughter Harriet boarded a stagecoach to freedom at age 21, bound for Washington, D.C. Her father had given her $50 for her travel expenses. She would never see her mother or younger brothers again.

With her departure from Monticello in 1822, Harriet disappeared from the historical record, not to be heard of again for more than 50 years, when her brother told her story. Seven-eighths white, Harriet had “thought it to her interest to go to Washington as a white woman,” he said. She married a “white man in good standing” in that city and “raised a family of children.” In the half-century during which she passed as white, her brother was “not aware that her identity as Harriet Hemings of Monticello has ever been discovered.”

So how did we lose a president’s daughter? Given America’s obsession with the Founding Fathers, with the children of the Revolution and their descendants, why did Jefferson’s child disappear? As it turns out, America has an even greater obsession with race, so that not even Harriet Hemings’s lineage as a president’s daughter was sufficient to convey the benefits of freedom. Instead, her birth into slavery marked her as black and drove her decision to erase her family history.

continue…
Massive New Database Will Finally Allow Us to Identify Enslaved Peoples and Their Descendants in the Americas
Josh Jones, January 23, 2018, Open Culture

Throughout the history of the so-called “New World,” people of African descent have faced a yawning chasm where their ancestry should be. People bought and sold to labor on plantations lost not only their names but their connections to their language, tradition, and culture. Very few who descend from this painful legacy know exactly where their ancestors came from. The situation contributes to what Toni Morrison calls the “dehistoricizing allegory” of race, a condition of “foreclosure rather than disclosure.” To compound the loss, most descendants of slaves have been unable to trace their ancestry further back than 1870, the first year in which the Census listed African Americans by name.

But the recent work of several enterprising scholars is helping to disclose the histories of enslaved people in the Americas. For example, The Freedman’s Bureau Project has made 1.5 million documents available to the public, in a searchable database that combines traditional scholarship with digital crowdsourcing.

And now, a just-announced Michigan State University project—supported by a $1.5 million grant from the Mellon Foundation—will seek to “change the way scholars and the public understand African slavery.” Called “Enslaved: The People of the Historic Slave Trade,” the multi-phase endeavor is expected to take 18 months to complete an “online hub,” reports Smithsonian, linking together dozens of databases from all over the world.

Science for the People was not directly responsible for the tomato-thrower, but the group was picketing labs dedicated to war research and asking scientists to pledge not to work on military projects. Since they would “do anything to break down the offensive/defensive capability of the United States,” as one FBI report put it, the agency saw them as a real threat.

“In the context of contemporary of American corporate capitalism … [science] largely contributes to the exploitation and oppression of most of the people both in this country and abroad.”

“Science for the People came out very strongly in saying that science is not politically neutral,” says Sigrid Schmalzer, a professor of history at the University of Massachusetts Amherst. “They had a critique of the entire system.”

Source: Why a Radical 1970s Science Group Is More Relevant Than Ever – Atlas Obscura

NEW YORK – Earlier this week, the Huffington Post named an open letter written to a woman who works for the clerks office in Minot, North Dakota by an American Indian artist as one of the top 30 most important articles written by people of color in 2016.  The Huffington Post selected the article published in Native News Online on September 15, 2016 written by Renee Nejo, a tribal citizen of the Mesa Grand Band of Mission Indians, calls out a white woman who accused protesters of looking for “handouts,” silencing the very real grievances of the water protectors.

Source: Huffington Post Names “An Open Letter on #NoDAPL” Among Top 30 Most Important Articles Written by People of Color in 2016 – Native News Online

A world awash in Purple

Sourced through Scoop.it from: www.dailykos.com

*crying* This is beautiful >> RIP Prince: A World Lit Up In Purple

When we've lost closeness to ourselves so far that we can no longer adequately explain or act after our physical or mental state and/or our environment, when there is a dissonance between who we are and who we want to be - by detecting and eliminating harmful stress and tension HeilÜben is a way to pull ourselves up by your own bootstraps – also in prevention through a healthy posture, harmonic movement and relaxation in training and everyday life.